Jason Gilliam-Alexander hails from Queens NYC where he learned to play basketball from local legends Mark Action Jackson and Kenny The Jet Smith.

That relationship led Jason to attend Kenny Smith High School alma mater Archbishop Molloy High School where he would play alongside NYC basketball icon, Kenny Anderson, who went on to be names the best high school player in America, college all ameeican, 2nd pick in the NBA draft lottery and NBA All Star. In addition, playing for legendary Coach Jack Curran allowed Jason to learn the game and be disciplined from one of the all time great High School minds and tacticians.

Jason would attend another powerhouse program in Oak Hill Academy where he went on to play for another legendary High School Basketball Coach in Steve Smith and three more NBA players in Cory Alexander, Ben Davis and Thomas Junior Burrough. That team went on to a number 2 Boys Basketball national ranking.

In route to college, the 5’10” PG would first play for NBA great Nate Tiny Archibold. Playing for great players became the norm for Jason as he’d attend University of Rhode Island and play for former NBA Guard Al Skinner.

After two years, the skilled PG went on to play at Stetson University in Florida where hed finish his career with 1010 points scores, First Team all TAAC, TAAC Newcomer of the Year in route to becoming at Stetson Hatter Sports Hall of Fame inductee in 2003.

Jason would play 8 games of professional basketball with Kalnapalis of the Lithuania Pro Basketball League before committing to a career in coaching/skills training at notable camps for Procamps, Kenny Smith, Oak Hill Academy, All Star Basketball and Big Brother Big Sister Miami Jason would further his development working with the YMCA and B&G Clubs of America in preparation of developing his own mission based organizations, Mentoring Valuable Proteges, Inc and JGA Protégé LLC, organizations that used sports as a catalyst to mentor youth and provide skills training and development.

The residual growth in in knowledge, working with families and large platform enabled Jason to coach for USA East Coast Basketball where he would be an Assistant to program founder Guy Rancourt and Syracuse University Mens Basketball Coaches Adrian Autry and Allen Griffin. That tweam was comprised of Division I players from various schools such as Iowa, Syracuse, North Carolina, Notre Dame and Columbia. Jason now serves as Assistant Mens Basketball Coach at HBCU NAIA Florida Memorial University

His Wife is Ingrid Gilliam-Alexander and has 3 children: Brianna 17, Isaac 21 and Chris 24. 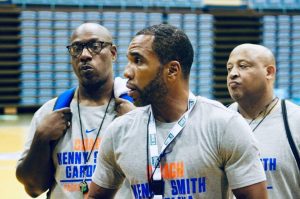 Raised in Boston and moved to Florida in 1994. Jonathan graduated from Nova Southeastern University with a degree in Business Administration. While at Nova he played on the basketball team and became a team manager. He began his career in sales in 2001 by going door to door and eventually building my Protek Pest Control business.

Over the past 18 years he have continued to grow this company adding Protek Landscape and Nursery, Protek Irrigation, and now adding Landscape Lighting to his business offerings.

He coached his son’s basketball team for the YES movement, a non-profit organization to raise money for Cancer Research.

In 2008 he joined Tedy’s Team to raise awareness of stroke and heart disease while supporting survivors on their journey. He continually engage in community activities to raise money for the American Heart Association. He recently completed the Boston Marathon and looking forward to doing it again in 2020. 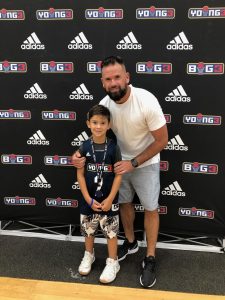 Jonathan provides consulting services for many of the HOA’s from Boca Raton to North Palm Beach to help provide direction, such as pest control management, fertilizer frequency plan and landscape design and installation. He has a great deal of experience with these HOA Board of Directors and Property Managers and understand each community has different needs.